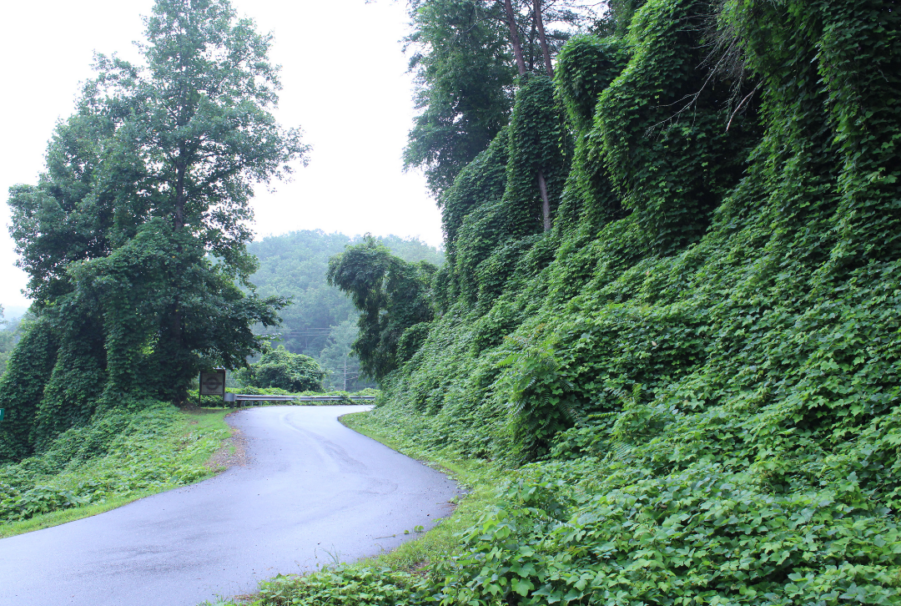 In early spring, wisteria (Wisteria sinensis) vines and honeysuckle (Lonicera japonica) bushes bloom fragrantly all over North America. The plants are abundantly green, and their elegant blossoms pour their perfume out into the warming air. It’s delightful, even magical, but any ecologist or naturalist will tell you it’s a bad sign for the environment. These plant species, introduced to North America from Asia, are considered invasive species that harm native wildlife and their habitats. People all over the world are up in arms about biological invaders harming precious natural ecosystems. But what’s the big deal, anyway? Why are invasive species a problem?

Let’s find out in this The Deep Stuff post.

How do invasive species become a problem?

Invasive species start causing problems when they arrive in a new area that is outside their native range. When a new species is introduced to an area, it’s called an exotic species. In order to be considered invasive, that species has to have some negative impacts. Specifically, an invasive species causes some harm to native wildlife, their habitats, people, or the economy. For example, Asian longhorned beetles decimate hardwood trees in forests in the American Northeast where they’ve been introduced. As another example, the European corn borer moth isn’t harmful to wildlife, but can negatively affect American corn farmers and their livelihoods.

Before invasive species can cause problems, they need to reach problematic numbers. This leads us to another key aspect of invasive species. They’re prolific. In other words, they reproduce quickly, spread rapidly between locations, or can grow quickly. Any of these traits can mean that invasive species dominate a habitat not long after they arrive.

For example, the Joro spider from East Asia probably arrived in my neighborhood of Athens, Georgia around 2014 or 2015. Seven years later, they have taken over most riverside habitats and are likely to spread beyond Georgia in the coming year. That’s not a long time for a single species to spread hundreds of miles.

How do invasive species arrive in a new place?

People cause most new species introductions. By travelling widely, especially between continents, with boats and planes, we can unknowingly bring hitchhikers and stowaways. In this way, humans can accidentally drop new species in entirely new habitats. Neither they, nor the species in that new habitat, have ever encountered one another before.

As we’ll see later, the results can be catastrophic. One famous example of an accidental introduction is the Brown tree snake in Guam. American fighter pilots using Guam as an airbase during World War II accidentally brought this snake from Indonesia, probably in their landing gear. Unfortunately, Guam had no native snakes. The tree snake caught Guam’s native species by surprise, and it drove dozens of bird and small mammal species extinct.

Not always an accident

Although it happens less often now, people also introduce invasive species intentionally. People can have all sorts of reasons to move species around. For instance, they might want to eat it, or keep it as a pet. For plants, people might enjoy their smell or appearance as ornamentals, like the invasive honeysuckle behind my apartment. Sugarcane farmers introduced cane toads to Australia to combat a beetle grub that was eating their crops.

Instead of eating the grub, cane toads ate loads of native insects. Furthermore, their poisonous defense glands drove major declines in small native predators who didn’t know how to deal with toxic prey. The eerie but scientifically accurate film Cane Toads: An Unnatural History sums up the cane toad saga well, and is hugely entertaining.

Why are invasive species bad for ecosystems?

So what makes invasive species a problem? And why are they so hard to stop? Ecosystems and ecological communities in nature are complex, so there are a couple of different ways of thinking about it. I find metaphors particularly helpful for understanding how invasive species impact native ecosystems. Let’s start with one.

A wrench in the gears

You can think of native ecosystems as a complex, custom-built watch. Each part is unique to the watch, not mass-produced, and they all fit perfectly together. If you were to put another gear or part in that watch, one that didn’t match the design of the other parts, it might cause some problems. For example, that new piece might change their alignment and make them fit poorly. Or it might displace or cover some pieces so the gears didn’t interlock. Either way, you can be you wouldn’t have a great idea of what time it was.

We can think of invasive species like an extra part that doesn’t go with the ‘design’ or an ecosystem. All of those species, or “parts”, changed over time to match their environment and each other. Throw something new in the mix, and it jumbles the whole mechanism. Now the invasive might outcompete or displace a native species. Or maybe none of the native species can eat it, since their “gears” match with different pieces. This can cause rapid change in the ecosystem.

It often takes thousands, if not millions of years for species to adapt to their environment and one another. Biological change usually takes place very slowly. That means that any big change can cause some species to disappear, and other species to take over. When people introduce a new species, we rapidly disrupt a beautifully functioning clock, and the consequences can be bad.

So what do they do that’s bad?

All of these different impacts, and the accelerating pace of new invasions, have huge consequences for people and nature. Recent estimates of the economic damages of invasive species in countries like the U.S., Canada, and Australia are in the hundreds of billions of US dollars. According to the International Union for the Conservation of Nature, invasive species are at least partially responsible for 42% of endangered species.

Invasive species not only hurt our economies, but they can drive species extinct and disrupt entire ecosystems. When those ecosystems don’t work well, they are more likely to collapse. In other words, those ecosystems, the very life support systems upon which humanity depends, are threatened by species invasions.

What can we do about invasive species?

There is no doubt that invasive species are one of the biggest environmental problems today. This problem is growing fast and shows no signs of slowing. Fortunately, international groups of scientists are working together on this problem and coming up with brilliant solutions. Working with scientists from the U.S., Australia, and the U.K., I had the chance to design a global research plan for helping conservationists stay one step ahead of invasive species.

People are coming up with new and ingenious ways to combat species invasions all the time. For instance, some researchers are now using conservation detection dogs to help find invasive species before they have time to spread and do damage. I’ve had the privilege of working with K9Conservationists and their excellent dogs on these issues in recent years.

Besides that, there’s plenty that the rest of us can do about it. Hikers, backpackers, fishers, hunters, climbers, and all other kinds of nature lovers and outdoor adventurers can contribute a lot to fighting biological invasions. Here are some basic tips for avoiding the spread of invasive species in your own outdoor adventures:

If you want to hear more from me about invasive species, check out my interview on Podsongs about invasive species and nature conservation. The fantastic bootgaze band Creature Comfort released a single, Kudzu from Heaven, based on our discussion and I’m still rocking out to it. Check them out! The Nature Guys Podcast also have a fantastic episode on Invasive Plants with plant guru Greg Torres.

Thanks for reading about invasive species!

Have you had a personal run-in with an invasive species? Are species invasions threatening a place that you love? Have you had a chance to do something about it? Let me know in the comments!