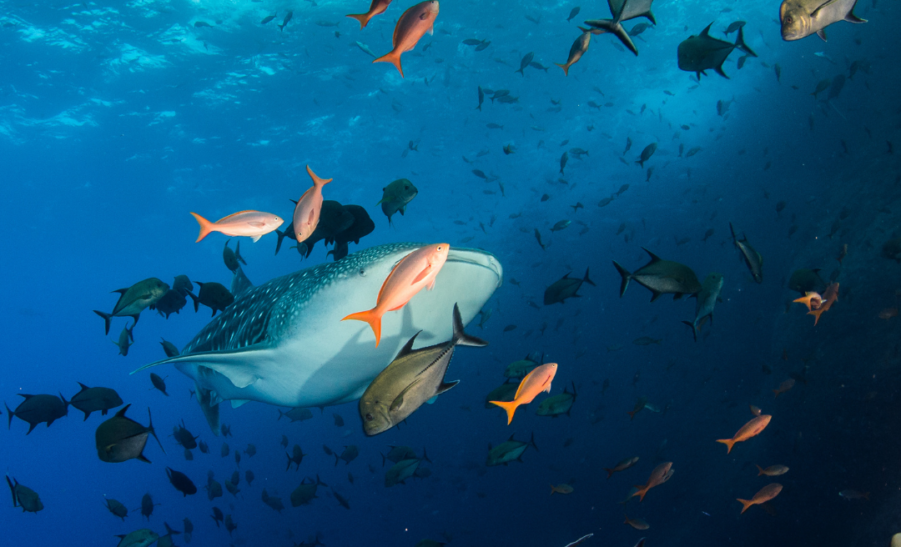 The science of nature can be intimidating for beginning nature-lovers thanks to the many specialized terms and words it uses. One of the words that naturalists and scientists throw around all the time nowadays is biodiversity. But what exactly is biodiversity? What does that term mean in the first place?

The term biodiversity, coined by the ecologist E.O. Wilson, comes from the root “bio-” meaning life, and diversity. Diversity is the quality of having differences or variation in things. Or, as I like to call it, “having different kinds of stuff”.

For example, if you order a beer sampler at your local bar, you’re experiencing a diversity of flavors. The same concept applies for biodiversity, but it refers specifically to the natural world.

Biodiversity is the richness and variety that we find in nature.

Ultimately, biodiversity refers to the amount of difference or variety in the natural environment. I like to describe it as “how much stuff is different in nature” within a given place.

Another key aspect of biodiversity is that the differences can come from different sources. Returning to the beer sampler analogy, one beer might be different from another based on:

While that’s certainly not an exhaustive list, it gets a key point across. In order to recognize things that are different, you have to account for how they are different. Let’s see how this pans out with a nature example.

Looking at the wildlife in a back yard, I can spot all kinds of differences. There are:

Just like there are different spatial scales of natural places, scientists also classify biodiversity according to biological scales. In other words, they organize the different ways that life can be different by certain levels. Here are some types of diversity that scientists often measure:

How do scientists measure biodiversity?

Given the many ways that things in nature can be different, the total biodiversity of a given place is an abstract concept. There’s no way that we could possibly account for all of the different types of difference, even in a small area.

For example, scientists might measure the diversity of bird or tree species they find on a site, or the number of trophic roles that wildlife occupies there.

Two useful concepts for describing the amount of difference in a collection of things are richness and evenness.

Richness means the number of different things in the collection. For example, if we’re a bag of M&M’s might have six different colors in it. The richness of colors would be six. Even if I added a hundred more M&M’s to the bag, the total richness of colors is still six, unless I went to some specialty store with crazy-colored ones.

Evenness refers to how many individuals of each type there are, and how even they are. If I had a super weird bag of M&M’s where 99% of them were blue, I might have low evenness. If the M&M’s were perfectly split between each color, I would have maximum evenness.

Biodiversity in the wild

Since biologists can’t possibly document all of the biodiversity in the world, they use quick and efficient strategies to estimate it across different areas. These might include things like:

These approaches help gather information on where different species are found, and how biodiverse different areas are. With that information, scientists can help governments make better decisions about what areas need to be protected and preserved. By helping collect this information using Apps like Merlin and iNaturalist, you can do your part in this important work.

Here are some recommendations on great books that explore the concept of biodiversity and the great richness of life on our planet.

If you’re more into podcasts, check out my Nature Guys episode on Freshwater Biodiversity, where we talk about what biodiversity is and why we need it.

I hope you enjoyed learning the basics of biodiversity. Have you taken part in any community science or volunteer efforts on biodiversity? Do you have questions about the biodiversity in your neighborhood? Let me know in the comments! You can also send me a message using the Contact form. Until next time!