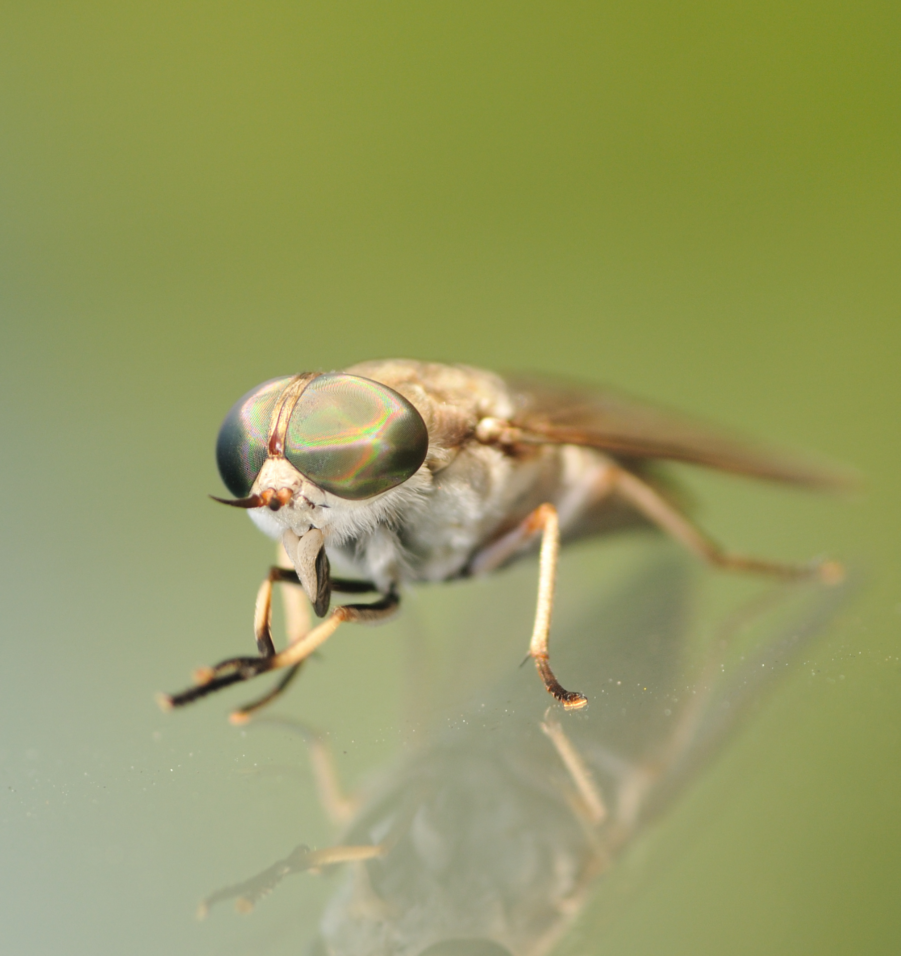 Almost every time I pick up a bug to show someone, they ask me the same question. “Does it bite”? Bug bites are certainly one of the most realistic downsides of spending time outdoors. For example, dangers like bear attacks and snake bites are far less common than people think. However, mosquitoes and other insects can be a real annoyance at certain times of year. But why do bugs bite in the first place?

In this post, we’ll get into the science of bug bites—why they happen and what you can do about them.

First things first, just because you touched a bug and it hurt, doesn’t mean that it bit you. Painful or unpleasant interactions with invertebrates like insects and spiders can come in different forms. Depending on what sort of bug you’re dealing with, a number of things could cause pain, including:

For example, some caterpillars are covered in protective spikes that make them unattractive to predators. Picking up one of those caterpillars can cause a lot pain and irritation that might feel like a bite. Alternatively, being pinched or grabbed by an invertebrate’s claw can feel like a bite even though it isn’t.

A real bite is when an animal uses its mouthparts to try and harm your skin. This may seem like a silly detail to get hung up on, but it’s important for understanding why bugs bite.

Overall, there are three main reasons why a bug might bite a human being. At the most basic, these are:

Many insects and spiders will bite when they feel threatened as a means of protecting themselves. In other words, if they fear that they’re going to be killed or eaten, they will bite to get away.

This type of bug bite is most common when people are roughly or carelessly handling an insect. It can also happen when an insect gets confused or frightened by accident, like a beetle getting stuck in someone’s sleeve or sock. Spiders will sometimes bite people who accidentally sit or lie down on them and accidentally squish them.

Because a bug will only bite this way when it feels that its life is in danger, it can be a more forceful or painful bite depending on the animal.

Some insects that don’t normally bite people might do so by accident if they are confused and think a person is food. Because it’s accidental, this type of bite is normally not very painful. Secondly, it’s quite rare, since most insects sense chemicals in the world around them using their antennae. This means that they rarely need to bite something to figure out what it is.

For example, I have had male carpenter bees “chew” on the skin around my fingers for a minute or to while I’m handling them. I have also seen people getting their hands “nibbled on” by certain beetles.

The only painful example I’ve ever heard of was an entomologist who was bitten by a cicada. As far as I can tell this is extremely rare, but on one occasion while handing a cicada he saw it change its posture and bite his hand. He said the pain was really severe and sudden. This is probably because cicadas have piercing mouthparts, and big ones at that, for sucking on plants!

However, when people ask “why do bugs bite?” they are usually talking about what scientists call biting insects. These are insect species which specifically bite people and other animals for food. Some common examples are:

With the exception of horseflies, many insects that feed on blood for nutrition are sneaky about biting. Since they absolutely need a bloodmeal, they can’t afford to get caught. Bites from these insects are often much less painful than an insect trying to defend itself. Their interest is less in scaring you off and more in getting what they need. If they can do that without you noticing, all the better!

When these types of bugs bite, they are showing up with a purpose. Typically, they are after a blood meal. This is as gross as it sounds!

Many bugs need a lot of protein-rich nutrients in order to reproduce. When a female wants to produce eggs and viable young, she needs enough nutrition to do that. These animals have developed a habit of sucking blood to get the energy and nutrients they need to make babies. The blood of animals like mammals and birds is rich in protein and other essential nutrients.

Because of this, in many species, only the females bite. This is true of mosquitoes and horseflies, for example. Since males don’t have to grow eggs, they don’t have such intense dietary requirements. Males of many biting flies tend to eat things like flower nectar.

Thanks for reading about why bugs bite!

What was your latest run-in with a biting bug? Let us know in the comments! If you have other questions you’d like answered by Naturalist Answers, send me a message via the Contact page.