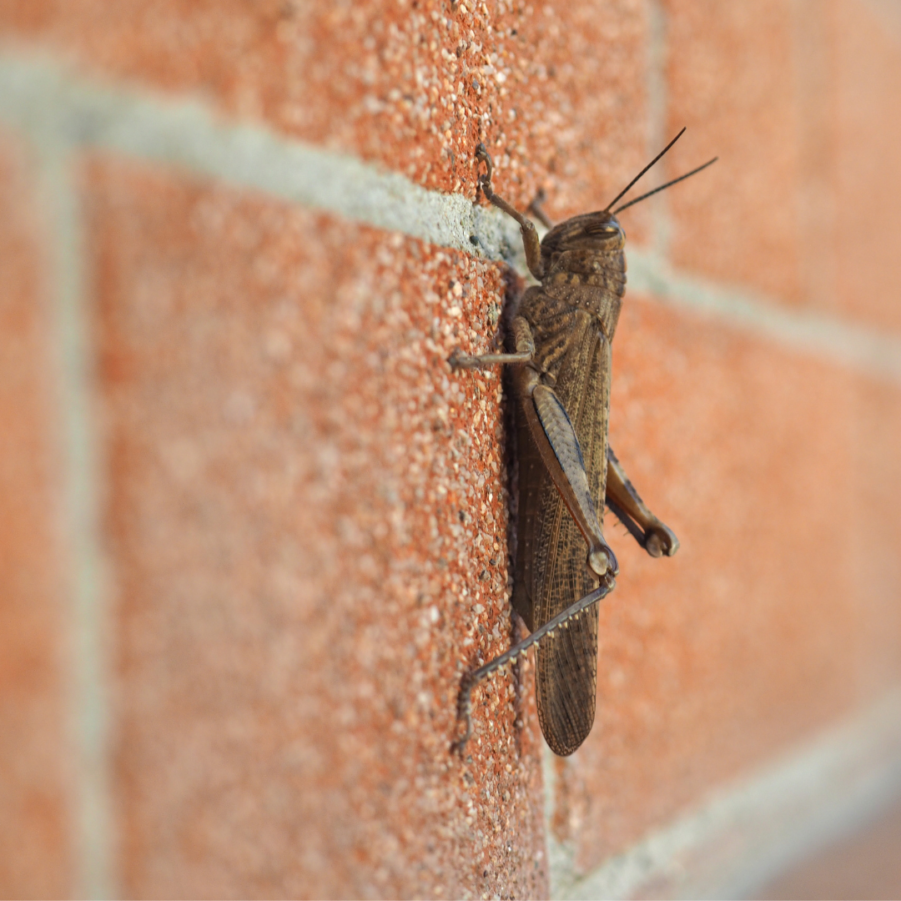 Bugs, and invertebrates in general, have all sorts of superpowers. Marvel’s Spider-Man is a great example of our cultural appreciation for invertebrates’ incredible abilities. Among other things, your friendly neighborhood super-hero can climb walls, stick to ceilings, and scale buildings by sticking to glass windows. Although Peter Parker wows us in theaters, we’re less happy to watch a cockroach skitter along the ceiling. Or, perhaps to witness a hairy spider emerge from the corner of a room in pursuit of a moth circling the overhead lights. Although we see these examples as mundane, we’re witnessing real-life superpowers. After all, very few animals can accomplish that feat. We humans certainly can’t. But how do bugs stick to walls?

What enables them to do this? Let’s investigate that question in this Naturalist Answers post.

As it turns out, a lot of different factors give bugs this superpower. Different types of invertebrates, for example some insects and spiders, use a range of approaches. Here, I’ll cover the science of what we currently know about how bugs stick to walls, and the various ways that they do it.

When it comes to defying gravity, being tiny is a huge advantage. This is especially true when it comes to sticking to things and climbing them. The larger a three-dimensional object becomes, the greater its volume is in proportion to its surface area. In other words, as you make something bigger, the amount of space it takes up increases faster than the size of its surface.

Why is this important? Ultimately, your ability to stick and climb depends on how much surface area you have. More sticking area means you have a better attachment that can hold more weight against gravity. As a result of the surface area vs. volume change, smaller animals have less weight to support in a relatively larger surface area. This makes a big difference at the small scale of many insects and spiders. They’re so light that it doesn’t take an especially strong attachment to keep them from falling down.

Even if they don’t weigh much, bugs still need something to make them stick. As I mentioned earlier, they use different methods to do so. In fact, many invertebrates employ multiple methods at once. The main ways that bugs stick to walls are:

So let’s explore how each of these methods works.

Just like cats or squirrels, many invertebrates use claws to climb on surfaces. Another advantage of their small size is that they can use much smaller footholds. In other words, tiny imperfections or bumps in a surface that we can’t even see are enough for them to climb on. This helps many insects climb walls that to us look smooth and unclimbable.

Bugs’ claws act like grappling hooks or crampons, allowing them to cling to a surface and pull themselves up against gravity. A lot of insects, from beetles and true bugs to dragonflies and butterflies, have claws like these. Claws also come into play as levers, helping bugs detach their feet when they’re stuck to a surface. This becomes especially important when bugs make use of other tools to stick to walls.

Did you ever play with a stretchy stick-hand toy? You could pull them back and stretch them out, then they’d go flying across the room and stick to the wall or ceiling. For decades, scientists have been finding out that many different insects use the same method. By secreting a sticky compound from their feet, bugs can stick better to surfaces. In other words, they literally glue their feet to the wall to climb up it!

Flies are the quintessential example of using sticky hands to climb, also known as wet adhesion. In addition to strong claws, flies have hairy pads on their feet called pulvilli. The pulvilli provide a couple different kinds of sticking-power. Importantly, they are the contact point for wet adhesion. The pulvilli are covered in thousands of microscopic hairs called setae. A fly’s setae are hollow tubes, and they secrete an oil-and-sugar-based adhesive fluid that helps stick them to surfaces. That fluid holds the fly’s foot to the surface in two ways:

Surface tension comes from the way that water molecules are attracted to one another. For instance, water striders use the power of surface tension to walk on water. That same force helps insects with wet feet secure themselves to a surface they’re climbing. Many bugs other than flies, including ants, cockroaches, and grasshoppers, use this type of wet adhesion. If you look closely with a good magnifying glass, you might see that these species will leave behind oily footprints when walking on glass.

When a bug wants to take a step, it has to break the wet adhesion. To do this, it uses its claws as a leverage point and pries its foot free. The same principle applies to the last sticking method below.

The power of molecules

Another way that the many setae attached to a fly’s pulvilli help them stick is through molecular interactions. Van der Waals forces are special interactions between atoms or molecules that are attractive when they are relatively close together. Specifically, this attraction happens at the micro-scale; tiny molecules have to be brought very close together for this force to be noticeable. Micro-fiber towels use Van der Waals forces to clean without scratching surfaces.

For it to do anything useful, even for something as small as a bug, the Van der Waals force needs to be multiplied thousands of times. Fascinatingly, this is precisely what the setae do. Collections of thousands of thousands of tiny hairs on a bugs foot can get incredibly close to the surface they’re on.

In other words, they can bring a lot of molecules really close together. Put another way, they are establishing thousands upon thousands of molecular “points of contact” for these forces. This creates a molecular sticking force that scientists call dry adhesion.

Among invertebrates, the masters of dry adhesion are certain types of spiders. Specifically, the wolf spiders (family Lycosidae) and jumping spiders (Salticidae). Their cute little spider paws are equipped with scopulae, which are a lot like a puppy’s paw pad. In addition to having claws at the end, the scopulae are covered in thousands and thousands of setae.

More setae, for example, than a fly’s pulvilli. But these spiders take things a step beyond. Each of the setae on their scopulae have even smaller hairs on them, called setules. These have flattened, triangular spatula shapes at their tips. These setules massively increase the surface area of contact for Van der Waals forces. The result? Spiders can carry up to 170 times their body weight and still stick to walls!

Another fantastic thing about Van der Waals forces: surface moisture doesn’t affect them. While it might be hard to achieve wet adhesion to a greased-up window, a spider would have no problem. Researchers are currently looking for ways to use dry adhesion to help astronauts grip things in space!

Thanks for reading about how bugs stick to walls!

What’s your favorite bug superpower? Have you spotted any household bugs on your walls? Let us know in the comments! Use the Contact page to submit any feedback of other nature questions that come to mind. Until next time!