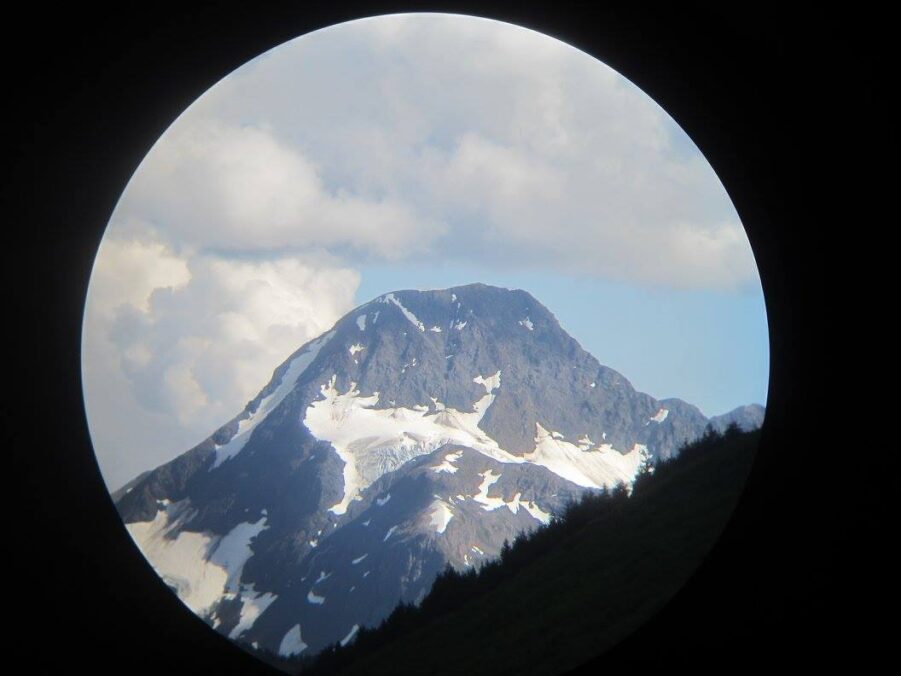 Living a busy modern life, it’s easy to miss the bus on nature’s happenings, even if we really want to see them. Whether I get tuned out of my surroundings by work stress, or have to travel somewhere for a couple weeks, I have definitely missed the window on some outdoor spectacles I was dying to experience.

For example, my springtime visits to Florida are always too late in the year. I tend to miss the best times to see manatees (Trichechus manatus) and Painted buntings (Passerina ciris). These two species are more concentrated in winter and easy to find.

This year, I missed the blooming date of several local wildflower species in the Georgia Piedmont around Athens, Georgia. I left town to perform my TEDx talk in Bozeman, Montana and spent a week with family, and poof! They had come and gone by the time I was back.

But I had a trick up my sleeve.

As the picture in my recent post on phenology proves, I did manage to snap a photo of a bloodroot. How did I do that, you ask? With a naturalist trick that I call the Elevation Time Machine. In this The Deep Stuff post, we’ll explore how elevation affects ecosystems and how you can use it to “time-travel” outdoors.

Two common numbers you’ll hear in descriptions of natural places are their altitude or elevation. Both of these refer to how high the location is above sea level, which is considered an elevation or altitude of 0. People typically use elevation to describe smaller differences in height above sea level, while altitude usually refers to numbers in the thousands of meters or yards. For example, Boulder, Colorado is at about 5,300 feet (1620m) altitude. Meanwhile, London, England, is at about 36′ (12m) elevation.

As we learned in my post on biomes, the natural communities in any area are strongly influenced by local climate. That is, the long-term weather patterns and conditions, including temperature, moisture, and seasonality. Latitude makes a big difference for climate by influencing those three, and as a result has big impacts on nature. But it isn’t the only factor at play. In fact, elevation or altitude is also a major player.

One of the first European naturalists to notice this pattern was Alexander von Humboldt, a brainy rich guy from 19th-century Germany. Humboldt was an amazing naturalist, and observed what he called ‘vegetation zones’ while climbing high mountains in the Andes. As he ascended various mountains, including the massive Mt. Chimborazo in Ecuador, he began to notice a pattern. The higher he and his guides went, the more reminiscent the habitats became of natural areas further North (or South). In other words, the less tropical they became. The pattern was the same wherever his trips took him to higher elevations.

Humboldt classified this gradual change in vegetation communities into distinct zones that transitioned with increasing elevation. For example, in the mountain foothills he would encounter mostly tropical plant species adapted for rainy, hot conditions. Next, he might start finding subtropical species that needed less water, or could handle occasional cold temperatures.

After that, he might start to see temperate species that are adapted for different seasons, and so on. Depending on how high the mountain was, he might end up in conifer forest like the boreal forests of the far North or South. Or, he might find tundra, where he was so high up that trees couldn’t survive.

Importantly, Humboldt concluded that these differences were caused by changes in conditions throughout his climb. This sort of system-level observation was revolutionary for many European naturalists, even if it was frankly unsurprising for many indigenous peoples. It was one of many impressive advances in the Western understanding of nature to which von Humbolt contributed.

In fact, for all of his accomplishments, von Humboldt may be the single human in history with the largest number of things named in his honor. But all that is a story for another time. Let’s get back to elevation: why does it affect ecosystems and habitats so much?

The effects of elevation

Going up thousands of feet or meters in elevation, it’s easy to notice temperatures getting cooler, and air getting “thinner”. You may also notice the air getting less humid, or the dirt beneath your feet changing. The soil itself may change to something more sandy, gravelly or rocky, as opposed to loamy, or composed of organic matter, or else clay. These soil types mean that water drains more quickly from the soil and is less available to plants. That gets us to the first of three major climate variables, moisture.

Higher elevations and altitudes are cooler, and the air feels “thinner” because of lower air pressure. By being further from the Earth’s surface, the air is less concentrated by gravity the higher you go. So the air is literally thinner; there is a lower density of air molecules to hold thermal energy (warmth). Less dense air can’t hold heat the same way, so air cools as it rises, and higher altitude air is cooler. Additionally, the heat being reflected from the Earth’s surface is less likely to be felt further from the rest of its surface.

This makes conditions a bit cooler on mountains, and means that the air can’t hold as much water. This can make mountain sides and valleys very wet and humid. Specifically, as moist, warm air rises up the sides of mountains, it cools and can’t hold its water anymore. That water comes out as precipitation (rain) in lower elevation areas, and is pretty dry when it reaches higher elevations. So now we’ve accounted for both temperature and moisture. But what about seasonality?

Colder temperatures in high-elevation areas make it take longer for the air and soil to warm up when spring arrives. As a result, the phenology or timing of the appearance of lots of spring and summer wildlife gets slowed down. This means that the exact same nature-happenings, like the emergence of spring ephemerals or certain insects, can happen weeks later in high elevation areas, even at the same latitude.

For example, when I returned to Athens, Georgia from a trip to Montana in early April this year, spring was well underway. Trees were fully leafed out, butterflies were emerging, migratory birds were passing through or even setting up territories. Yet when I went up into the mountains for a work conference, there wasn’t a green leaf in sight. Despite many of the trees, flowers, and birds being the same species, the mountains were weeks behind. I found spring ephemeral wildflowers blooming whose short-lived, showy blossoms I had missed completely in Athens. In a sense, I had gone back in time with just a quick 90-minute drive.

So, I’m sure you can see where this is going. Because of the changed timing of mountainous or higher-elevation areas, you can easily rewind nature’s clock with a quick hike or drive. This is a great tool if you want to relive or revisit key natural events in certain areas. Of course, the effect is the opposite in the Fall. Because of colder temperatures and other changes, trees will lose their leaves weeks earlier at higher altitudes or elevations. Birds will leave sooner, bugs will disappear faster, and so on. So on the opposite end of the summer, the elevation time machine will take you forward.

If you’re missing winter or want a head start on photographing fall colors, the time machine has you covered! I found that very useful last summer when the muggy heat of Georgia got me down. A quick drive and a couple miles of hiking, and I could spend a day enjoying crisp fall weather.

Of course, for the same key reasons, there is also a latitudinal time machine, though it is a little different. For one thing, changing your latitude enough to really affect seasonal phenology is a bit more effort. This typically takes closer to a half or even a whole day of driving, or hopping on a flight.

What’s more, big changes in latitude can also come with total changes in natural communities. In other words, the species you’re looking to see through your time machine might not be in the place you’re going. Even so, the mechanisms are the same, and it’s worth knowing that you have the option for future vacations and road trips!

So, now that you’ve learned to run your own elevation time machine, take it for a spin! Take a local walk, and take note of what plants, fungi, animals, and other wildlife you see. What are they doing? Are they flowering, singing, or hiding away? Next, have a look at higher-elevation areas near you that are easily accessible by car or hike.

Look for the same wildlife species in one of those areas. Maybe they’re doing something different, or maybe they aren’t there at all. Does the air feel different, does the soil look or smell different? How do things sound?

If you’ve had a cool time-travel experience in nature, I’d love to hear about it in the comments. Or, if you’ve got other naturalist advice or questions that you’d love to see on this blog, let me know via the contact page. Thanks for reading!

Here are some great books on topics covered in this post if you’d like to dig even deeper.